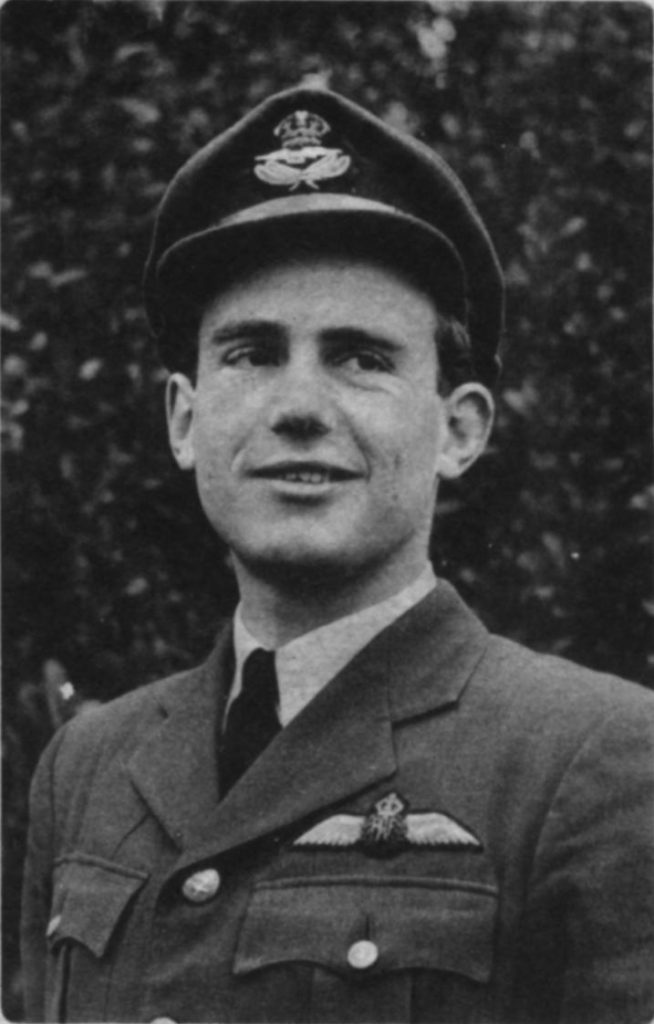 Flying Officer Hanney was born in Bristol. His father was Charles Percival Hanney and his mother Dora Grace Hanney.  His father had fought as a soldier in France during World War I and returned to England in 1918. In 1945, after WW II, they visited the grave of their son Robert, commonly called Bob, at Strijen in Holland.  They were accompanied by burgomaster and Mrs. Bolman.  Mr. Bolman had been present on September 21, 1944, when Bob’s body was recovered and buried a day later in the graveyard at Strijen. Bob had a brother, Roy, born in 1928, who served in the RAF in Japan in 1947 and 1948.  After 1945 he visited his brother’s grave at Strijen three times, and  on May 26, 2018, he placed a QR code tile in the digital war monument at Oud Beijerland, Holland. Robert took his education at Bristol Grammar School, where he was a member of the school’s first rugby team, and also a member of the club for grotto investigation. Bob was 17 when he joined the RAF early in 1942.  In August of that year he was called up for active service.  After the first training as a pilot he was sent to Canada in November 1942 to complete this training. In January 1944 he returned to England, where he was stationed in various bases in North England. In May 1944 he was sent to 80 Squadron as a pilot.  From various airports in S.E. England he took part in D-day attacks on Normandy, flying a Spitfire. On September 18, 1944, at 13.40 o’clock, 18 fighter planes of the type Hawker Tempest, took off from Manston Air Force Base to attack German AA guns near the Moerdijk Bridge in Holland. One of these 18 was Bob’s plane, code number W2V, serial number EJ583. Flying over Holland, his plane was hit by German AA fire somewhere near Dinteloord.  Losing more and more height he got as far as Hollands Diep, a wide river, and finally crashed in Maria Polder near Strijen-Sas, close to the spot where 2 days earlier a Lancaster bomber had crashed. Six civilian inhabitants of Strijen were  ordered by Burgomaster Bolman on Sept. 21, 1944, to  go and find the pilot.   Arriving at the site of the crash they found Bob still in his chair inside the plane. There was some damage due to fire, and in the back of the chair there was a hole. Presumably the pilot was already dead when he crashed. After having been taken to the Strijen cemetery, Bob’s body was buried beside the gave of a Dutch soldier who had been killed in May 1940, fighting the Germans. There were German soldiers and many inhabitants of Strijen  who attended the burial. On July 8, 1945 his parents received the news of his death and where he was buried.

90-year-old Roy Hanney, accompanied by his son and daughter, receives a poppy (memorial poppy) from members of the Scouting Oud-Beijerland (the organization that adopted the monument) to place at the QR tile of his brother. Seventy-five years earlier, he last saw his brother Bob, just before he started his last flight. 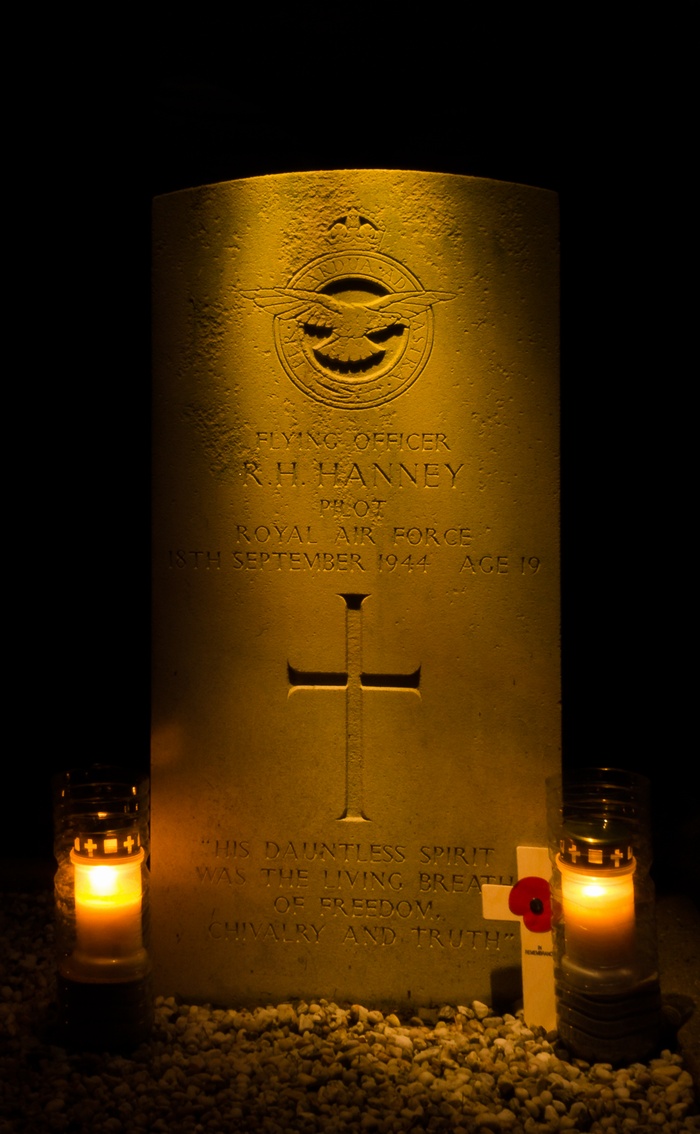 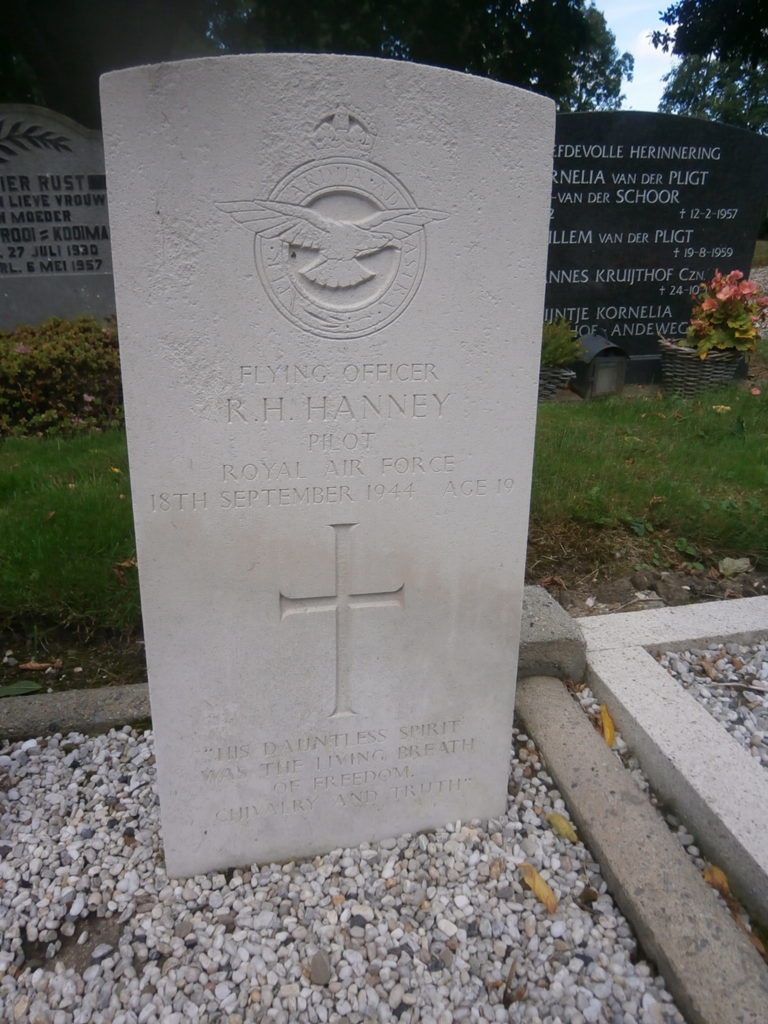