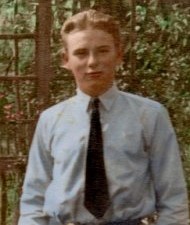 Peter was the son of Albert Dooley and Frances (Frankie) McKieman. They married at Willesden, Middlesex, in 1916. Peter’s father, born in 1888, came from a family working in the diamond industry. His grandfather and grandmother had 11 children. Grandfather Dooley was a diamond cutter and had his own workshop in Poland Street, on the corner of Oxford Street in the London West End. He often made diamonds for wellknown London jewellers such as Garrards and Mappin & Webb. His father’s sister Amy never married and worked as a diamond polisher. She was one of the specialists to polish the Crown Jewels. Their brother Reginald Dooley, born in 1897, got killed in France in the First World War in September 1916, and lies buried at Meaulte, France.

Peter’s parents lived at Willesden, Middlesex, for a long time. After his father’s retirement in 1950, they moved to Stoneleigh, near Epson, Surrey. Peter had only one sister, called Francesca, born at Willesden, in 1923. His father died at Sittingbourne, Kent, in 1964 and his mother in the Hill House Hospital at Munster, Kent, in 1975. 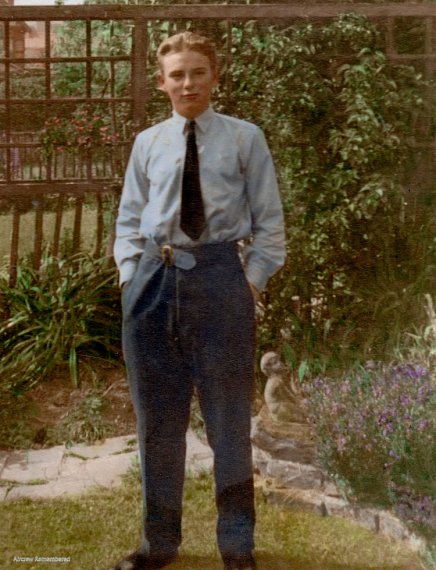 In 1943 Peter joined the RAFVR and got his training in 12 OTU, later in 1657 HCU in Suffolk where he met Peter William Bickford. After his training he was posted in June 1944 as Flight Engineer in pilot Bickford’s crew in 115 Squadron.. They flew Lancaster bombers.

On Saturday September 16, 1944, they took off from the English base at Witchford for their one but last flight of the 30 they had to make, going to the Moerdijk bridges in Holland.

After dropping their bombs on the bridges and turning to fly home at 23.45, their Lancaster KOT with serial number lm 693 clashed in the dark with another Lancaster flying in the same group of 48 planes. The Lancaster broke up and went down in the Maria polder near Strijen-Sas. The whole crew was killed.

Guided by the burgomaster of Strijen, Mr. Bolman, the bodies, including Peter Dooley’s, were recovered on September 25, 1944, and buried in the general cemetery at Strijen on the 26th. His grave can be visited there. 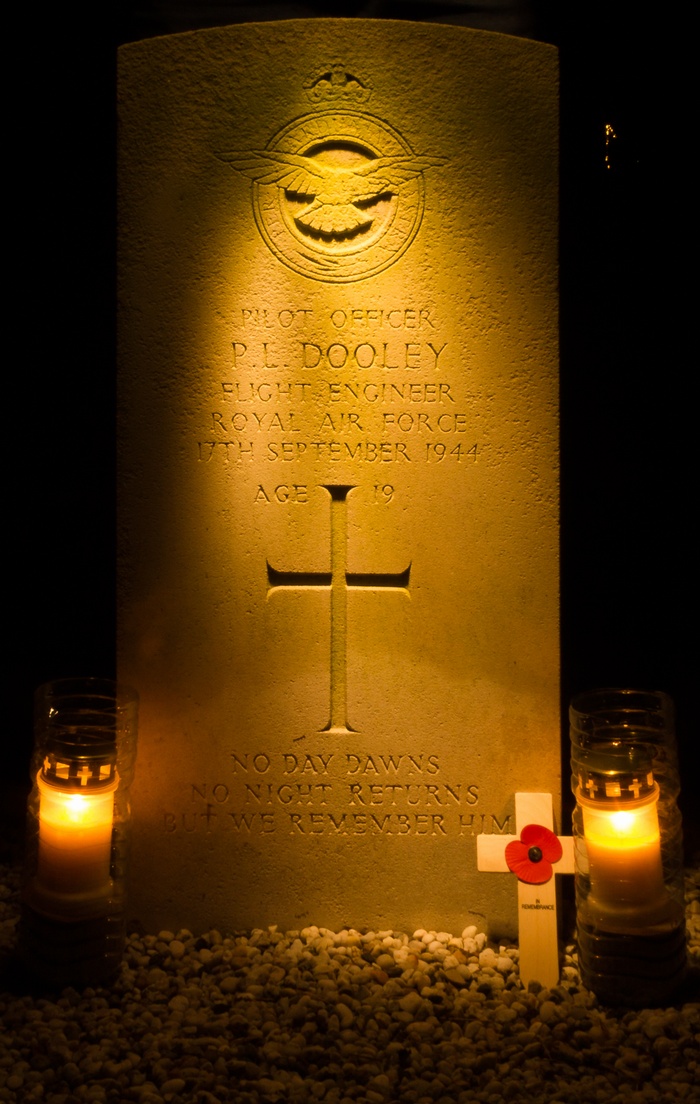 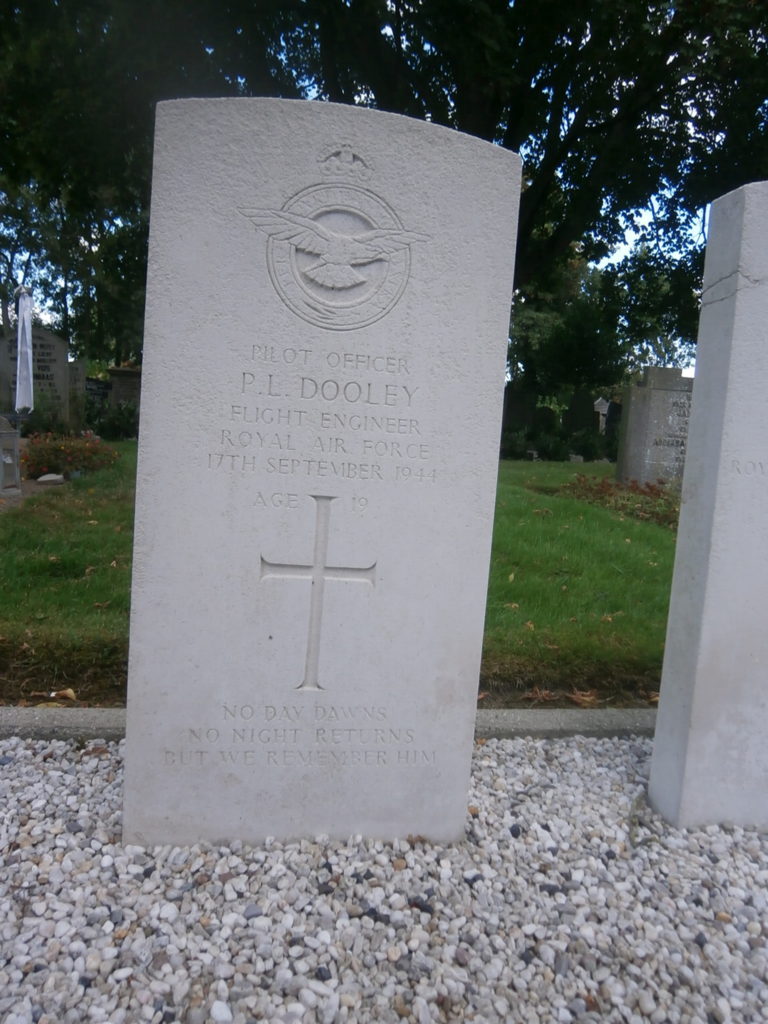