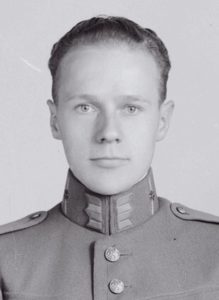 Lieutenant-flight observer Stoovelaar flew as observer and commander in the Fokker T-V numbered 854 on a mission of 3 T-V’s, escorted by Fokker D-XXI fighters, towards Waalhaven Airport (Rotterdam) which was going to be bombed.

Immediately after dropping their bombs the 3 bombers were attacked by German fighters, and 2 of the 3, the T-V’s 862 and 854, were shot down near Oud-Beijerland (Hoekse Waard).

All the members of the crews of the 2 planes, with the exception of Sgt. Hartog on board the 854, were killed. Lieutenant Stoovelaar was posthumously awarded the Flying Cross (Royal Decree of May 6, 1946).

This page comes from the magazine FD Personal of Saturday April 27, 2019. In the article ‘Air Heroes of May 1940’, photos of various air heroes were printed in color: ‘by coloring the photos of young soldiers, they are suddenly almost boys of today’ . 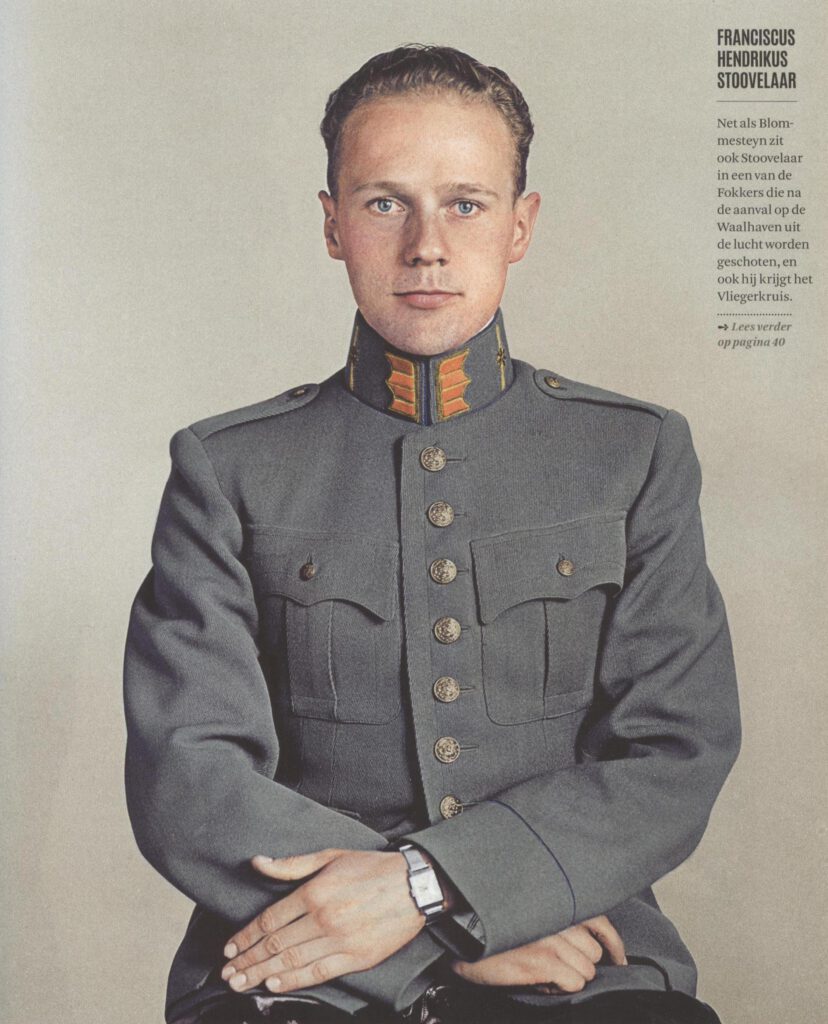 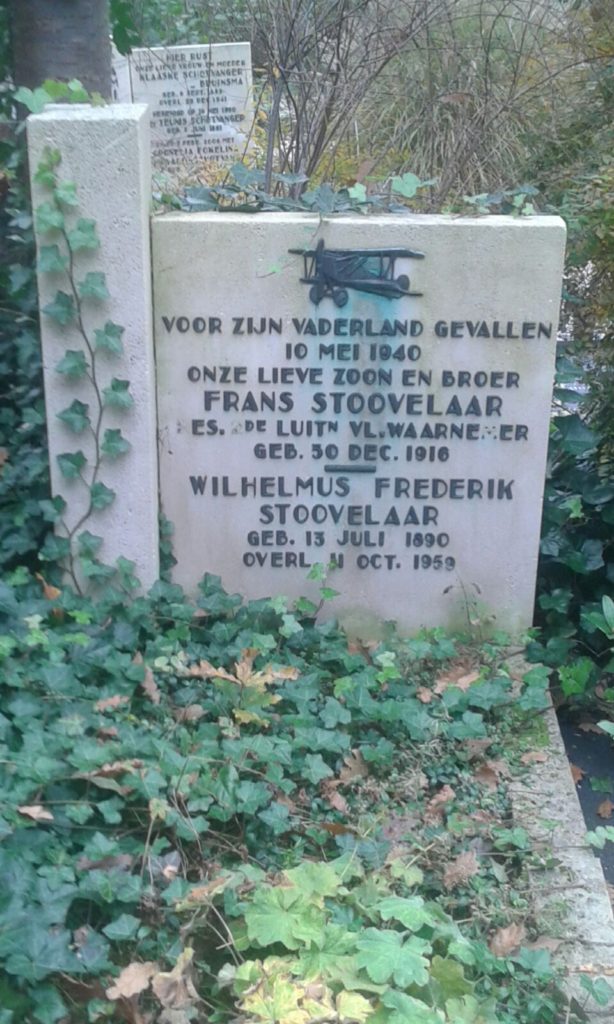 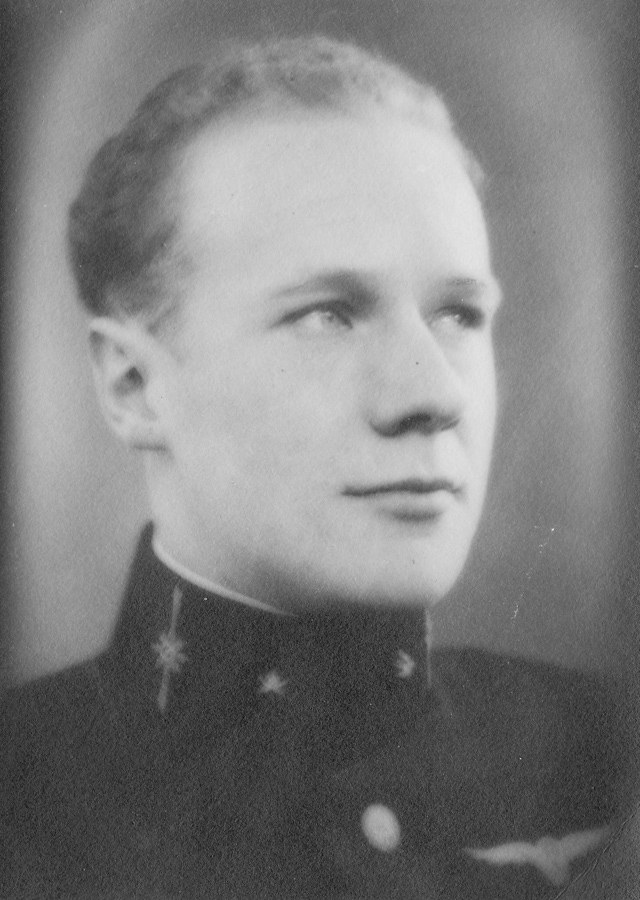