At 20.00 p.m. a great number of bombers of RAF squadron 405, type Handley Page Halifax,  take off from RAF base Leeming, Yorkshire, England. One of them is marked LQ-F reg. nr. DT723.  Their target is the German town of Essen. After dropping their bombs they fly back to their base in England.  However, the LQ-F is hit by AA fire in the neighborhood of Essen. The damage looks slight.  Later over Hoekse Waard in Holland the plane is attacked by a German night fighter.  The pilot of the crew of 7 cannot avoid the night fighter, the plane is hit and one of the engines catches fire. The crew are then ordered to jump. All of them succeed in getting out of the plane and come down on their parachutes.  Five of them land on the island of Tiengemeten (in Hollands Diep) near South Beyerland and are taken prisoner by German soldiers.  Two members of the crew probably fall into the lake. Their bodies are stil missing. 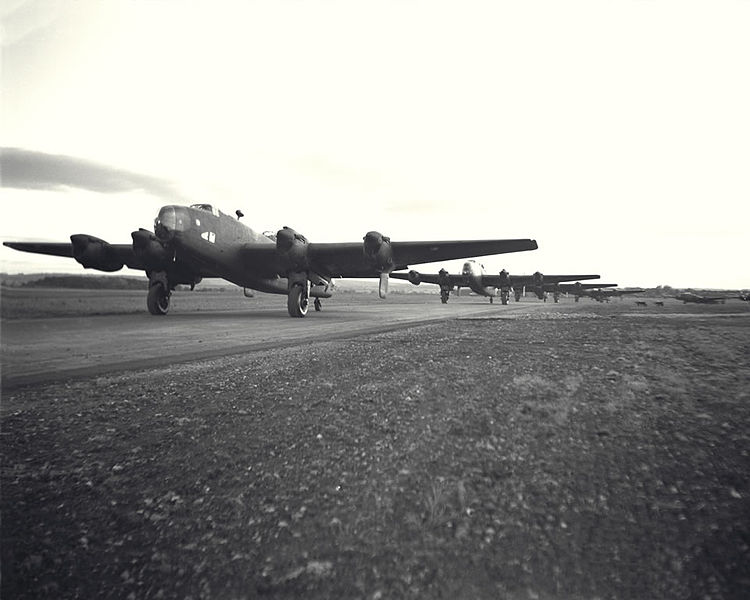