Late in the evening at 22.00 p.m. a number of bombers, type Short Stirling, take off from air force base Lakenheath.  One of these is the OJ-H, reg.nr R9170.  Their target is the Ruhr area in Germany.  Flying over Holland this plane is engaged in a fight with a German night fighter and is hit over the Hoekse Waard (South of Rotterdam).  At 23.45 p.m. the plane crashes  in the Great Anna Theodora polder near the village of Ooltgensplaat in the island of Goeree Overflakkee.  One crew member survives the crash, the other seven are killed.  Six bodies of Englishmen and New Zealanders are found and taken to the cemetery of Crooswijk, Rotterdam, where their graves can be visited. The seventh body was found a few months later near Numansdorp, on the banks of the Hollands Diep, and was buried there. His grave can be visited there in Numansdorp. 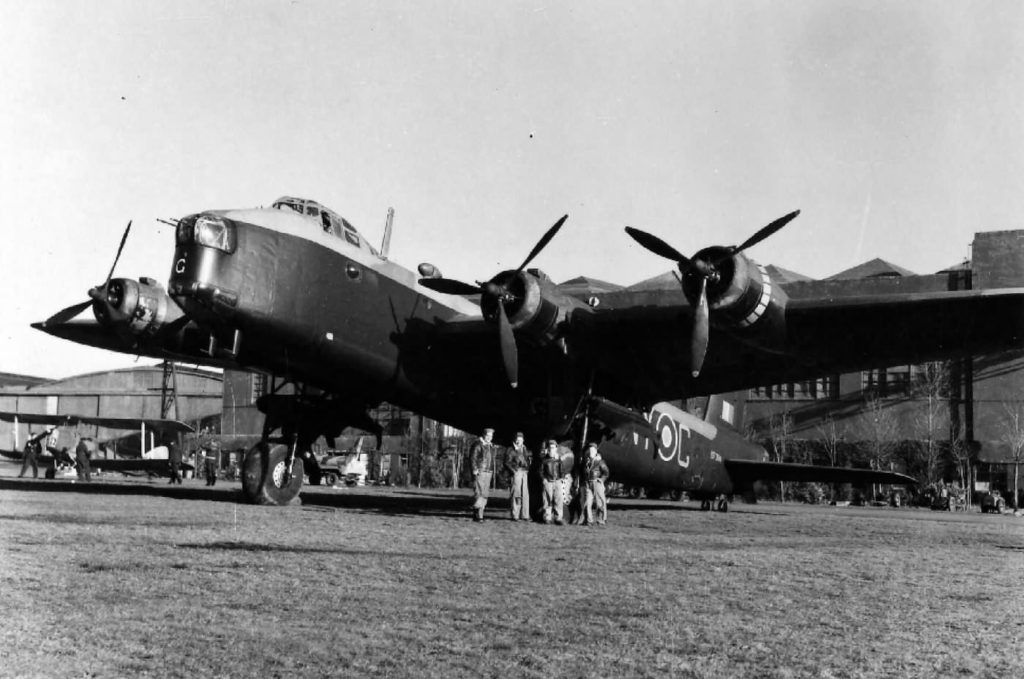