This day, at 16.30 p.m. twelve planes type Hawker Hurricane of RAF 17 squadron, take off from Martlasham Heath, in England, and fly towards Holland in order to support the Dutch Royal Air Force in their fight against the Germans.  Over Numansdorp (South of Rotterdam), the Hurricane flown by F/Lt Michel S. Donne, is hit by fire from a German Messerschmitt and has to make an emergency landing.

He  comes down in the fields of farmer W.A.Quartel on West Biesakker Road. However, Dutch soldiers in the surroundings take the Hurricane for a German plane and open fire on it. After he landed, these soldiers saw their mistake, but F/Lt. Donne was seriously wounded.  They took him to an Army Hospital where doctors took care of him. But his wounds were so bad that pilot Donne died that same evening. He was buried at Numansdorp, where his grave can be visited. 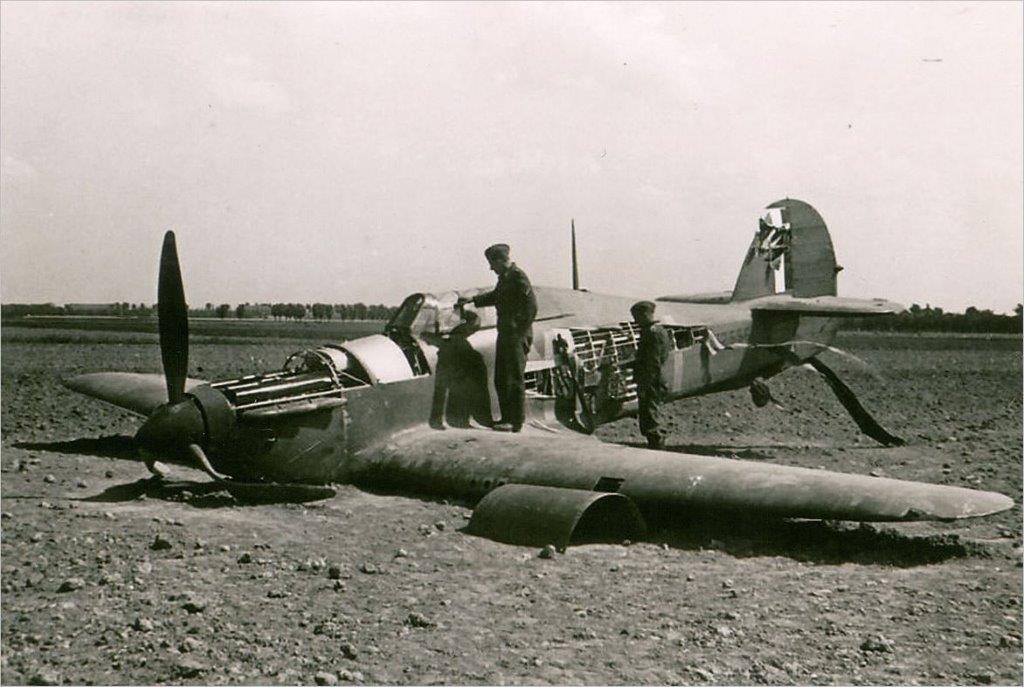