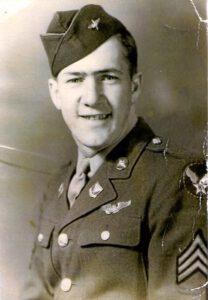 Donald Earl Savage was born on June 30, 1921 in Phillips, Maine, USA, as the 2nd child and only son of Homer and Lena Savage. Ultimately, the Savage family would have 4 children. The family had a garage business on Route 2 in Dixfield, Maine, which was run by Homer, and a restaurant adjacent to the garage, run by Lena and the daughters. Donald Savage graduated from High School in 1939 and then went to work in various restaurants. Eventually, he would enter Military Service on September 25, 1942 for the duration of the war plus 6 months. He was assigned to the United States Air Force. Donald Savage completed his gunner training in Fort Myers, Florida and aerospace engineering training in Amerillo, Texas. Other courses were conducted in Pyote and Dalhart, Texas. August 1943 Donald Savage left for England where he was assigned with his crew to the 94th Bom Group and 331st Bom Squadron of the 8th Air Force at Rougham / Bury St Edmunds base. Donald Savage did several training flights with his crew, where he contracted a sinus infection and received negative flight advice. When he recovered, his crew had already taken his place by another gunner. As a result, Donald Savage was assigned to a crew with an incomplete occupation. Donald Savage’s first flight was on October 14, 1943 to the ball bearing factories in Schweinfurt, Germany. This day would be a black day in the history of the 8th Air Force. Many bombers were shot down 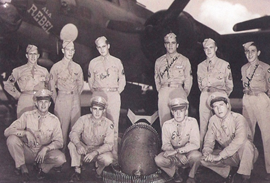 including Donald Savage’s original crew. Donald Savage did return from this arduous mission. On November 11, 1943 Donald Savage flies his 5th mission with pilot 2Lt R.B. O’Hara, only child of the director of the Dr. Pepper factories in Texas. The goal has been established this day, the very important railway junction / marshalling yards of Munster, Germany. Due to the bad weather, only 67 of the 167 bombers were able to get in formation and this continued their route. During the route, the bombers were escorted by American fighters. After the BomRun over Munster, the escort fighters leave their big brothers, but the replacement escort fighters are too late and the German fighter jets take their chance and attack the bombers. 3 B-17 bombers from the 94th Bom Group are shot down, including the aircraft of Donald Savage. Donald Savage 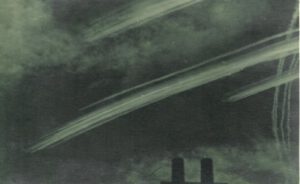 was assigned as a left-side gunner, but changed places with the rear gunner. During the attacks, Donald Savage was injured in his groin and stumbled to the radio room for help. The radiographer saw that Savage was not wearing a parachute and pointed out that the wing was on fire and everyone had to prepare to jump. When Donald Savage went to fetch his parachute, the bomber was hit again from the front and the bomber fell out of the formation. The bomber explodes a few seconds later. 4 pilots can still jump

and end up in the Hollands Diep, of which 3 were captured, the 4th is missing to date. The B-17 crashes and the wreckage is spread over the Molenpolder and the port of Numansdorp. A few days later, during the recovery of the wreckage, the bodies of the 6 killed pilots were found and recovered. The bodies were taken to Waalhaven Airport, Rotterdam for identification. Some time later, the bodies were buried in the Crooswijk cemetery, Rotterdam. 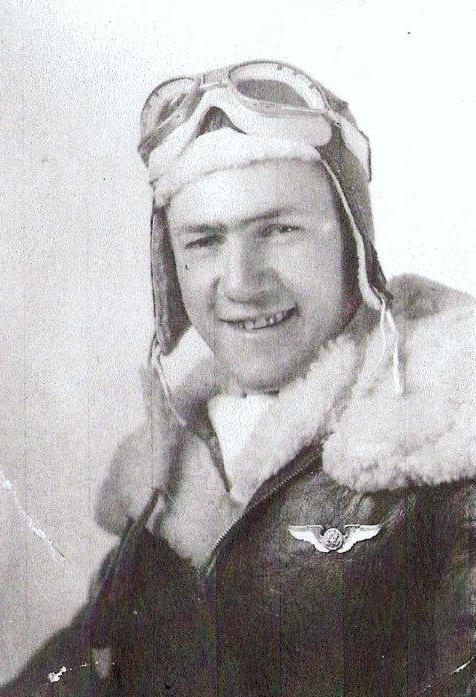 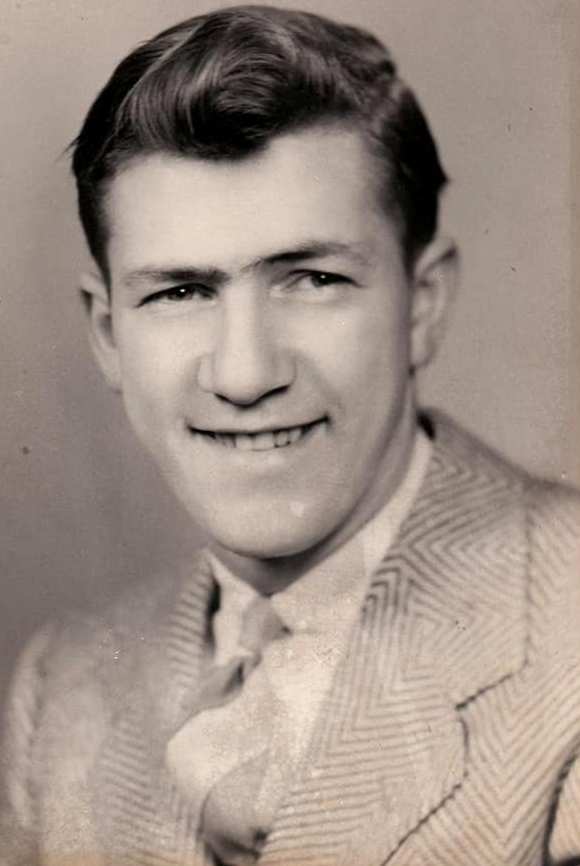 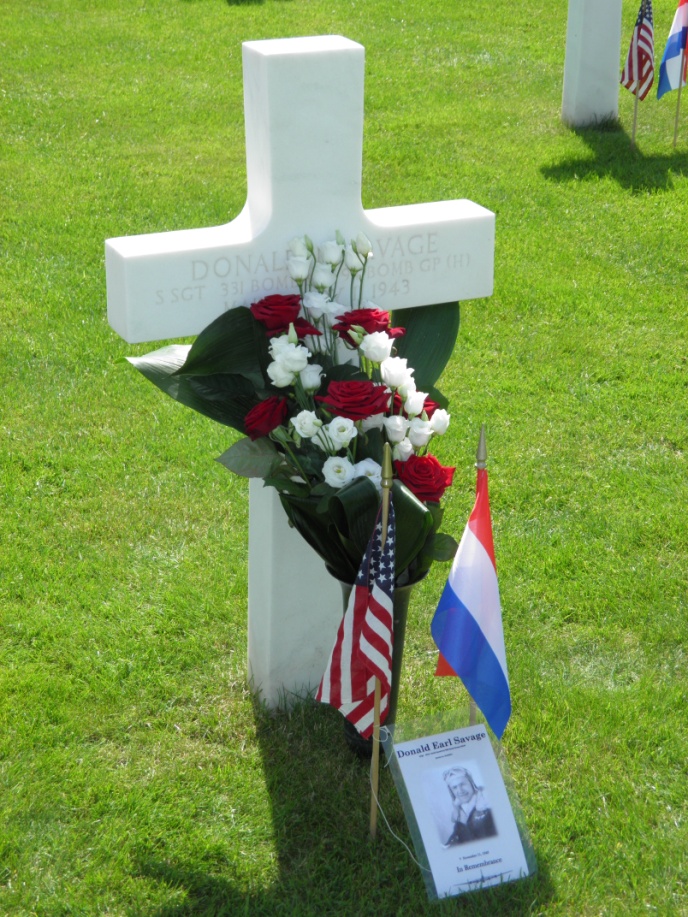 Chris van der Linden with family at the grave he adopted in Margraten. 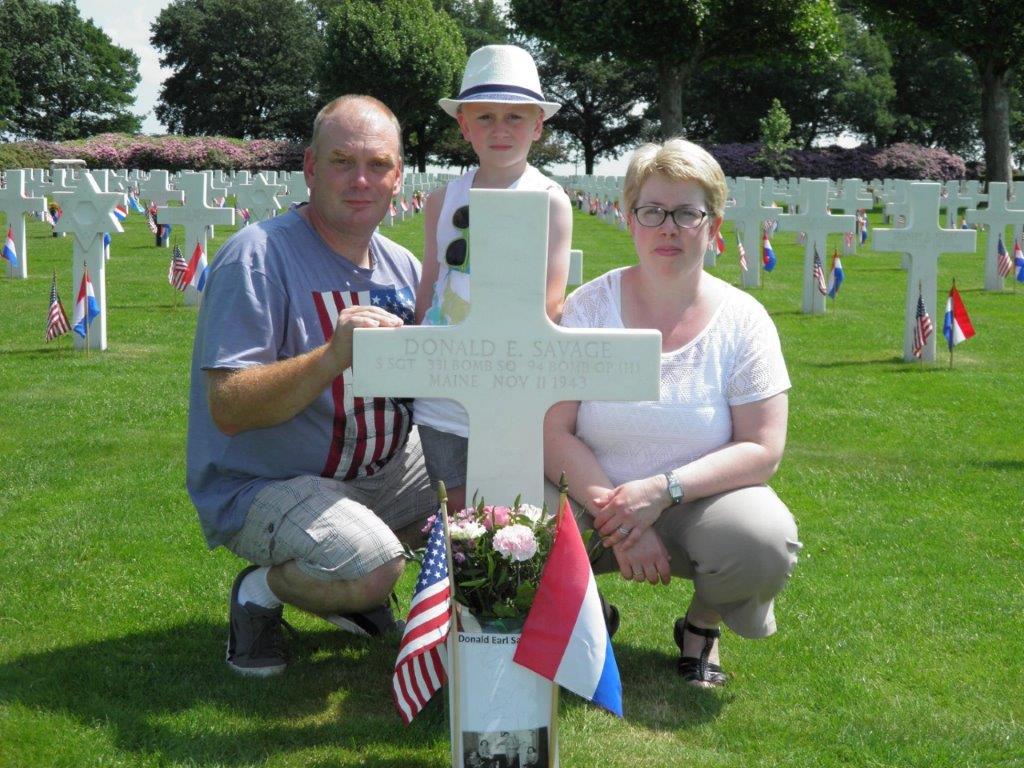