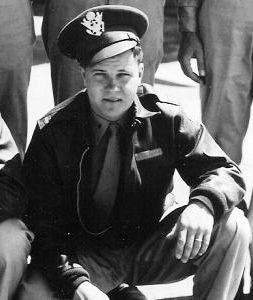 William J. Johnston was born in Mohoning, Ohio, which is also where he lived. His father was Frank H. Johnston and his mother Cecelia Gilderman-Johnston. He had 5 brothers F. Donald, Edward J., Charles J., L. Robert, Paul J., Hugh H. After primary school he attended a high school in 1932, which he completed in 1936. Then he was Retired from the United States Air Force on April 14, 1942 in Cleveland, serving as a technical lab technician.

William Johnston enlisted with the Air Corps on 14 April 1942 at Cleveland, Ohio. He attended 4 years of high school and was a laboratory technician before he enlisted.

21 B-17 from the 381st Bomb Group, 535th Bomb Squadron leave at 9:20 AM for a mission in Gelsenkirchen, Germany. The place was already attack by the first group. There were only a few hostile attacking German Fighter planes, but very heavy anti-aircraft gun firing. Eyewitnesses say they saw 10 parachutes jump from Lt Hopp’s plane on the East side of the Dutch Coast.
Lt Hopp’s plane left formation after being hit on the first and second engine by anti-aircraft fire. Later on he was hit near the cockpit from German Fighter planes. On the way back, struck ling and losing speed and altitude they got hit by a Fw 190-A flown by Obfw Hans Nowack, near Klundert.

Some of the crew jumped out before the plane hit the water of the Hollands Diep near the village named Kundert. Lt Johnston landed with his chute in the water and drowned, his body was found later that day. He is buried on the Roman Catholic Cemetery in Oosterhout, later he was re-buried on the American War Cemetery of Margraten where he still is buried. 6 Crew members went down with the plane into the water and where never found.

Born on the 3th of April 1920, Ohio.
Bombardier Johnston had a great sense of humour, he was pretty fearless and very popular with the neighbourhood. His great grandmother didn’t really talk about him much, it was very sad for her, especially since she had also lost Billy’s father. His family originated in Wales because his great aunt Nina Johnston who was Billy’s aunt, was from there. She lived to be in her nineties. She remembered how outgoing he was, and that he wanted to join the military to make a difference. 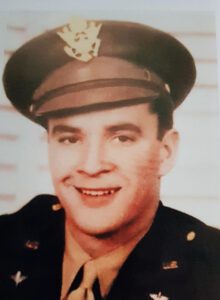 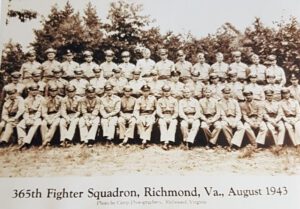 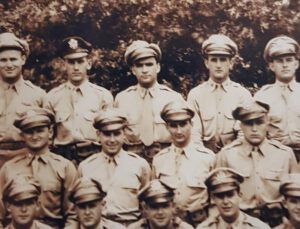 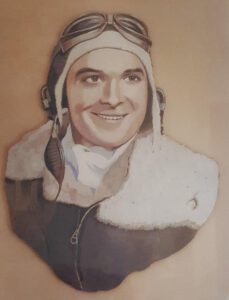 Portrait, made for nina 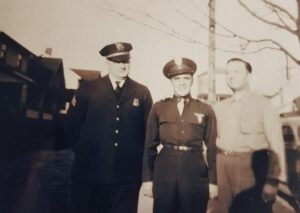 Left his dad, the policeman. 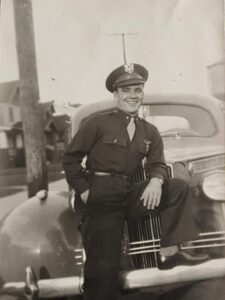 He loved his car… 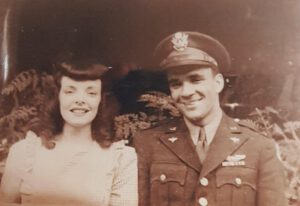 and his girlfriend in the USA 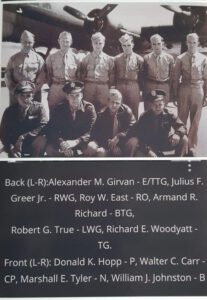 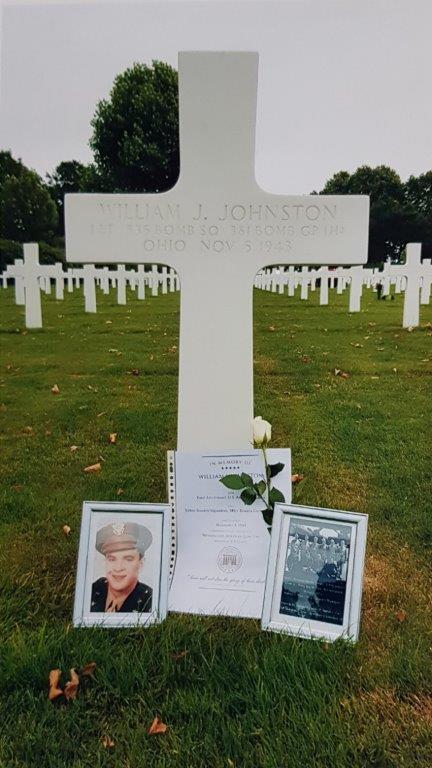