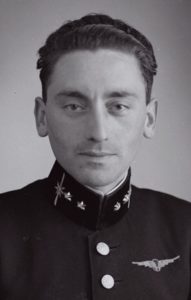 1Lt./wnr Leo Blommesteyn, born on March 31, 1913, grew up with an aunt in The Hague because of a seriously ill mother. He volunteered with the Air Force. He was drawn for service. He followed his flight training at Soesterberg. He was then seconded to Waalhaven for a short time. Schiphol eventually became its final basis. From here, just before the war, he sent a request to stay in service longer. Leo Blommesteijn was rather a decent man than a bon vivant. He practiced tap dancing for the annual dance review. He was proud of his new DKW.
On May 10, 1940, around 12.15 pm, three T-Vs were ordered to attack Waalhaven. It is the 854, the 856 and the 862 in which Blommesteyn is an observer. The attack is successful, but on the way back the 854 and 862 are shot. Blommesteyn is killed with his entire crew. His body was only found after three weeks. After the war he was posthumously awarded the Vliegerkruis. That was awarded to his mother in Dordrecht.

This page comes from the magazine FD Personal of Saturday April 27, 2019. In the article ‘Air Heroes of May 1940’, photos of various air heroes were printed in color: ‘by coloring the photos of young soldiers, they are suddenly almost boys of today’. 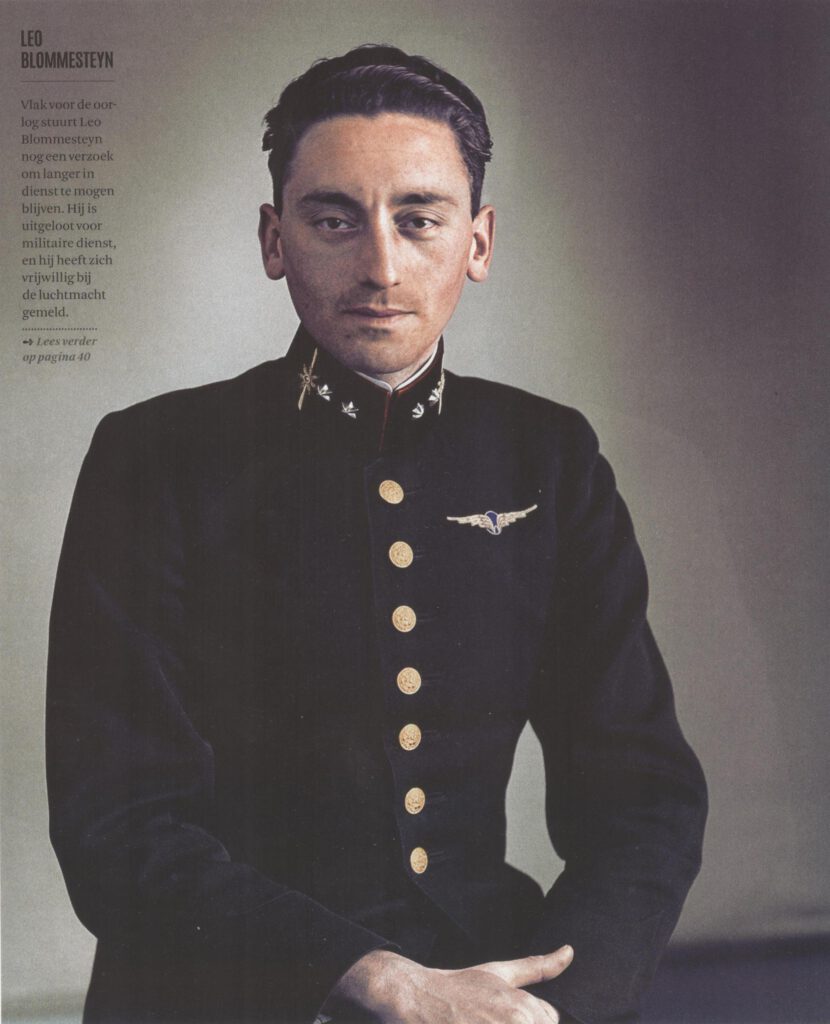