On May 10, 1940, a Bristol Blenheim of the Royal Air Force crashed in Piershil. With a deafening bang, the plane landed in a potato field on the Oud-Piershilse road. Private Bram Douw was quickly on the scene and tried to free the heavily injured pilot, Hugh Rowe, from the burning plane. Klaas van Bergeijk, also arrived, cut the pilot’s straps loose and they managed to get him out of the plane together. Because of all consternation, they forgot the dome in the middle of the plane in which the gunner was.

The probably already deceased Echlin remained in the burning plane. The following day, 11 May 1940, the 36-year-old Canadian was buried with military honor in Piershil. Even after the war, Robert Echlin remained buried in Piershil and as a result, the cemetery behind the church was given the status of ‘Commonwealth War Grave’. 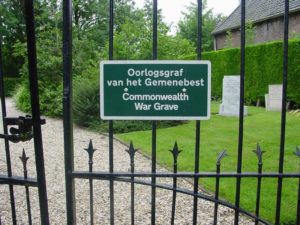 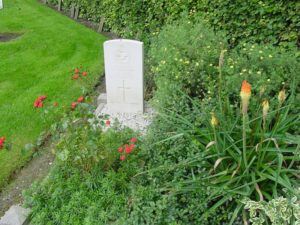 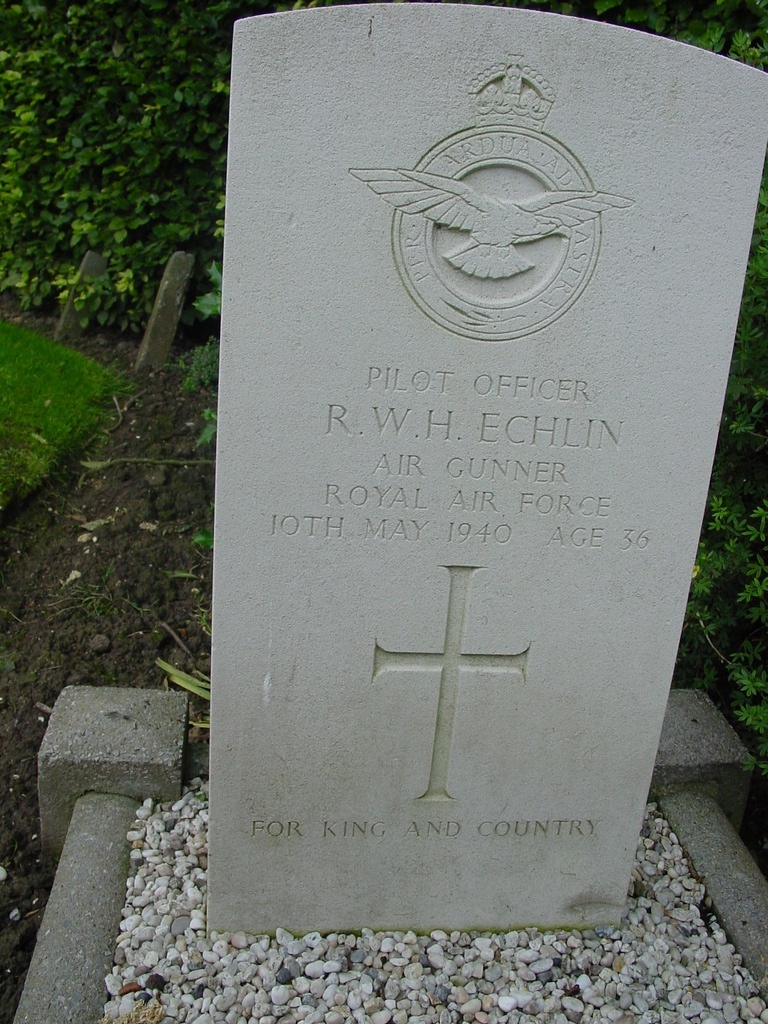 On the stone is the saying “Per ardua ad astra”, the motto of the Royal Canadian Air Force (RCAF). It means as much as “through setbacks to the stars.” Of course it means that you have to overcome obstacles to reach the top. The grave of Echlin is regularly involved in commemorations. Similarly on May 10, 2000 when former members of the No. 600 Squadron from the R.A.F. visited Piershil. Under the watchful eye of many residents, Mayor Kolbach laid a wreath of red roses. Among those present was Hugh Rowe. Eighty-year-old Bram Douw, who saved the life of Rowe together with Klaas van Bergeijk, was present as well. 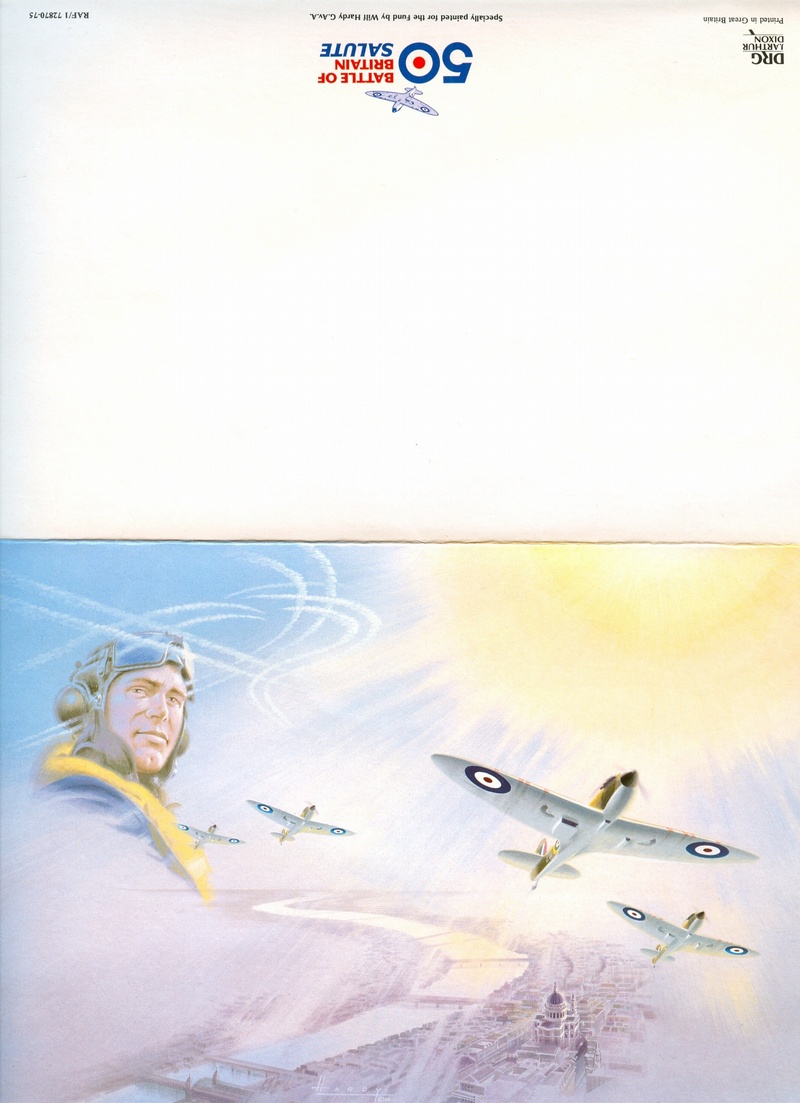 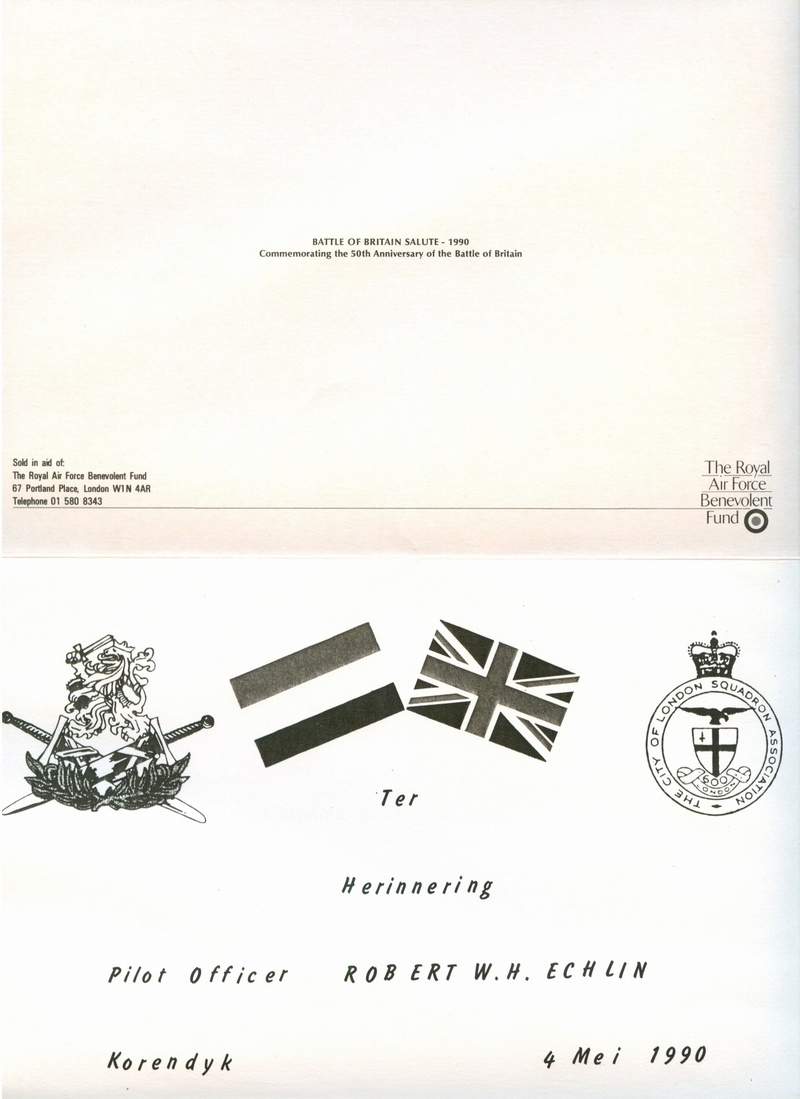 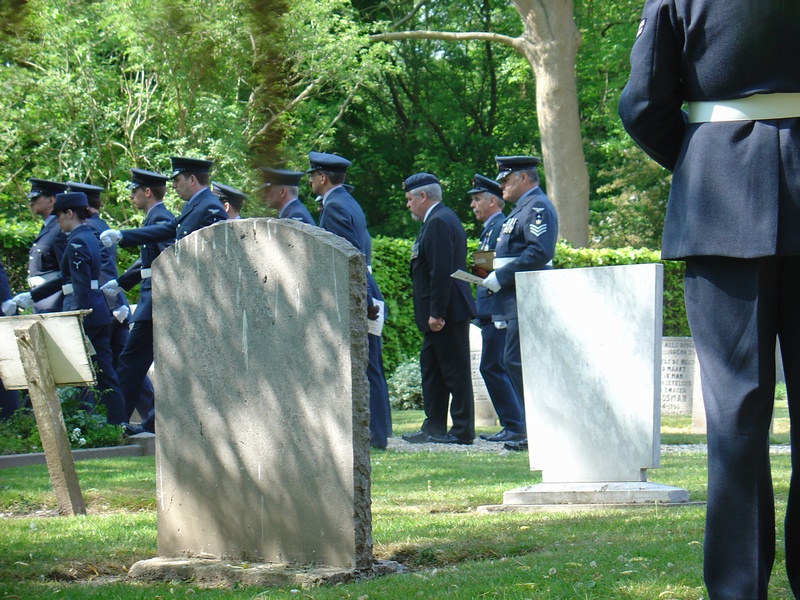 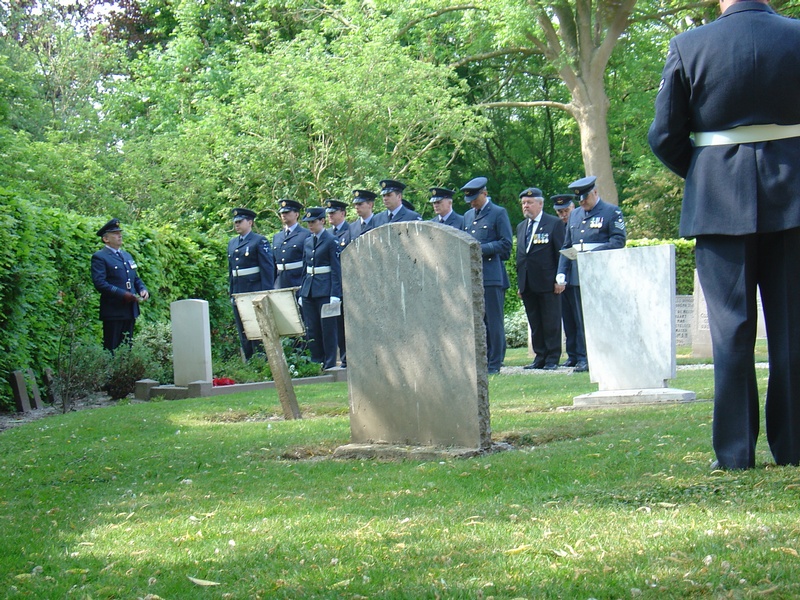 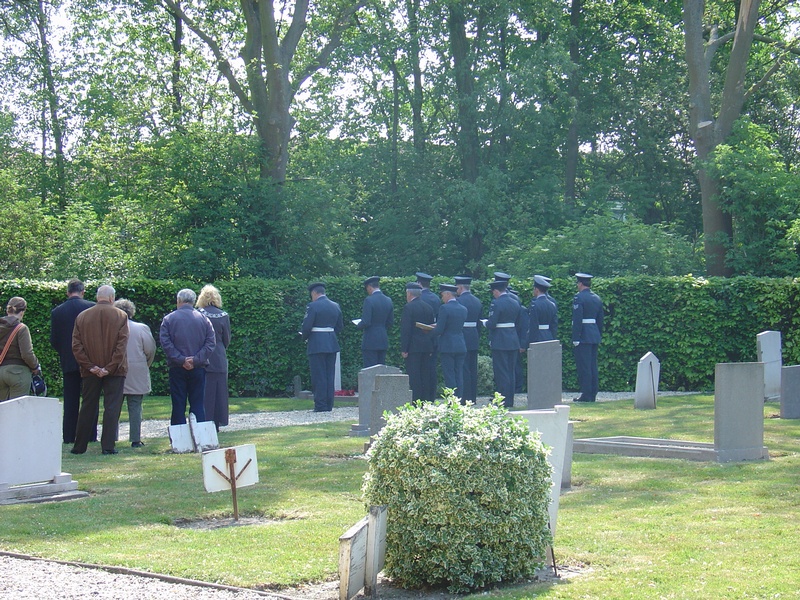 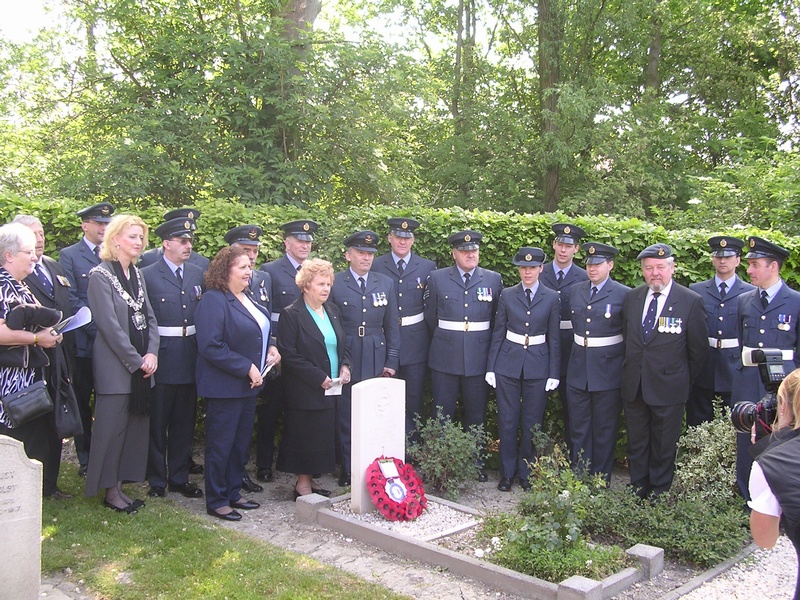 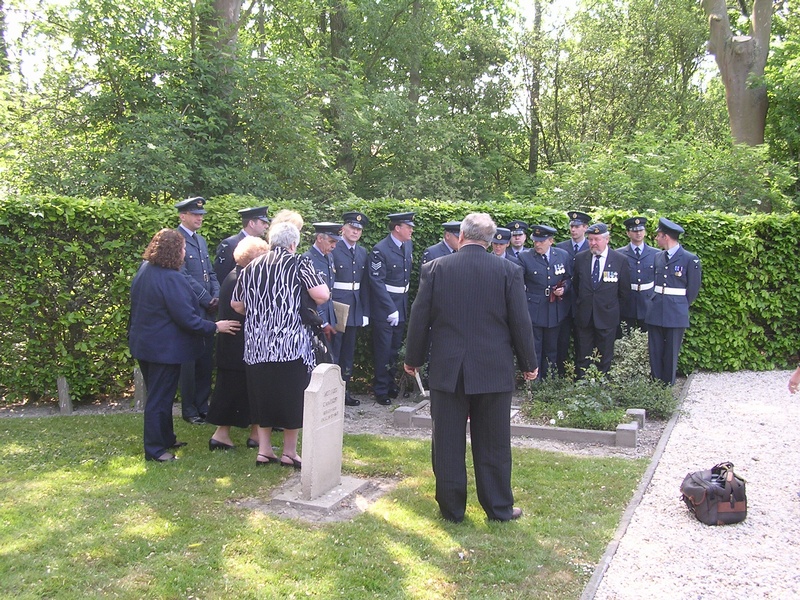 In Memory of Pilot Officer

On Christmas Eve candles are lit throughout the Netherlands at war graves. This has been done in the Hoeksche Waard since 2016, at the Canadian cemetery in Holten this tradition has been going on for more than 25 years. It gave Dick Jansen from Burgum the idea to draw national attention to this promotion via Facebook. Thanks to his efforts, candles are lighted every year in hundreds of places in the Netherlands. The initiative is seen as a wonderful gesture at an emotional moment, for those who gave their lives in World War II for our freedom. 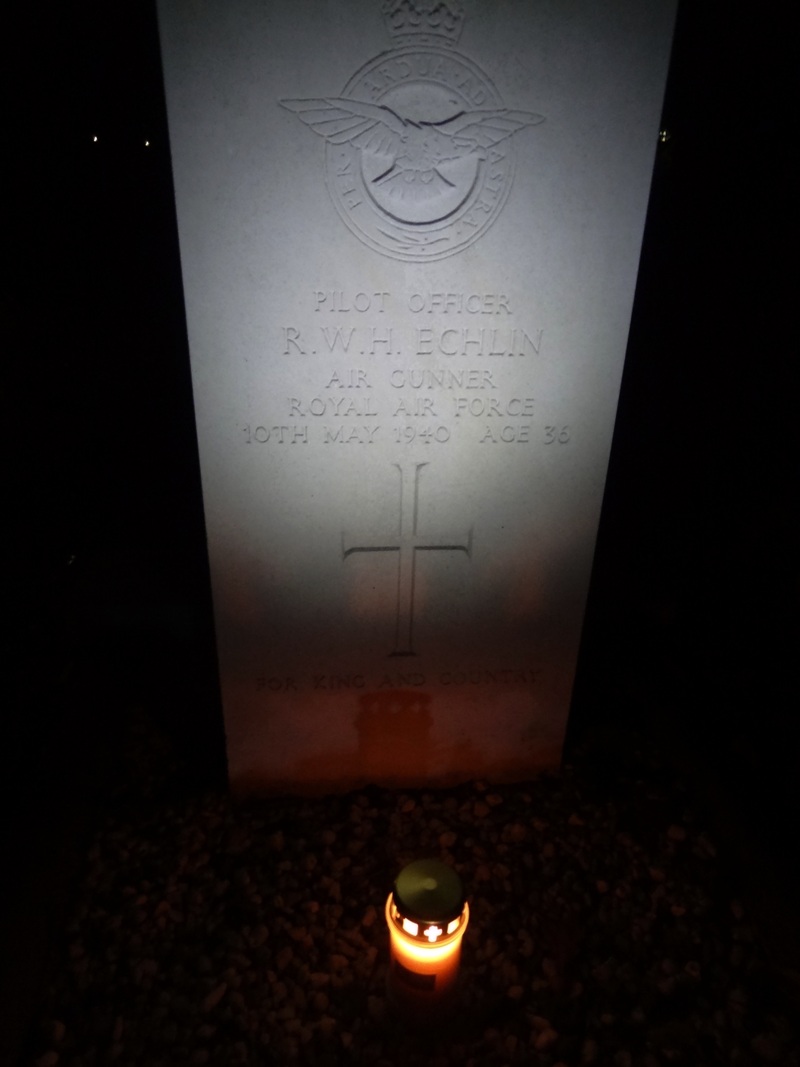